The Time is Right

What angle patterns can you see on a clock face? 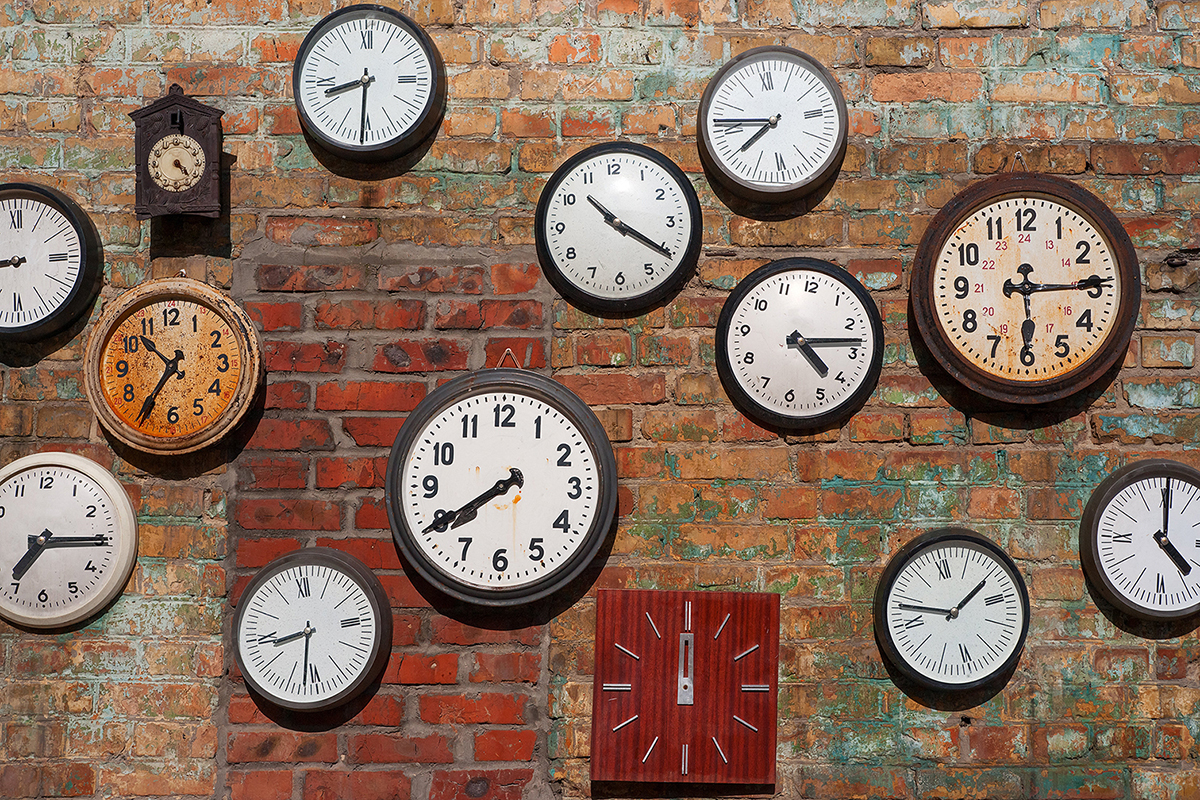 How many times a day do the hands of a clock form a 90-degree angle?

This task invites students to combine their knowledge of time on an analog clock with their experiences with angle measure and fractional thinking. They might use a geared clock to test different times and explore the angles formed by the minute and hour hands. The tools provided in the app allow students to overlay a circle that is partitioned into fractions to help them accurately test angles on the clock against a true 90-degree angle. They may start to notice that the next 90-degree angle is more than 30 minutes later than the last and that two 90-degree angles occur during most, but not all, hours.

Students will likely begin to move the geared hands to a time that they are certain will yield a 90-degree angle and work backward or forward from there. There may be a sense of confusion as they realize that the angle measures at certain times are not as predictable as expected due to the simultaneous movement of the hour and minute hands. Because the clock hands snap to the nearest minute, students may need to approximate the times at which the hands create a 90-degree angle.

In the Math Clock app, students can use the Fractions Mode tool to overlay the clock face with a partitioned circle. They can use their fraction sense and knowledge of angle measure to overlay a circle with 4 equal parts. Students can use this overlay to test angles record times that produce a 90-degree angle as shown here.

To extend students’ thinking, invite them to explain any patterns they see, including patterns in the times that they have found and consistent differences between times. Invite them to think about why people might expect there to be 24 times during a 12-hour period where the two hands form a 90-degree angle. Ask: Why does that expectation make sense? Why isn't it 24?   Consider inviting students to connect patterns with operations by asking how they might use the patterns they have observed and either multiplication or division to confirm their answer of the total number of times in a day that clock hands form a 90-degree angle.