How many of each color of pencils could Mai and Trace have? 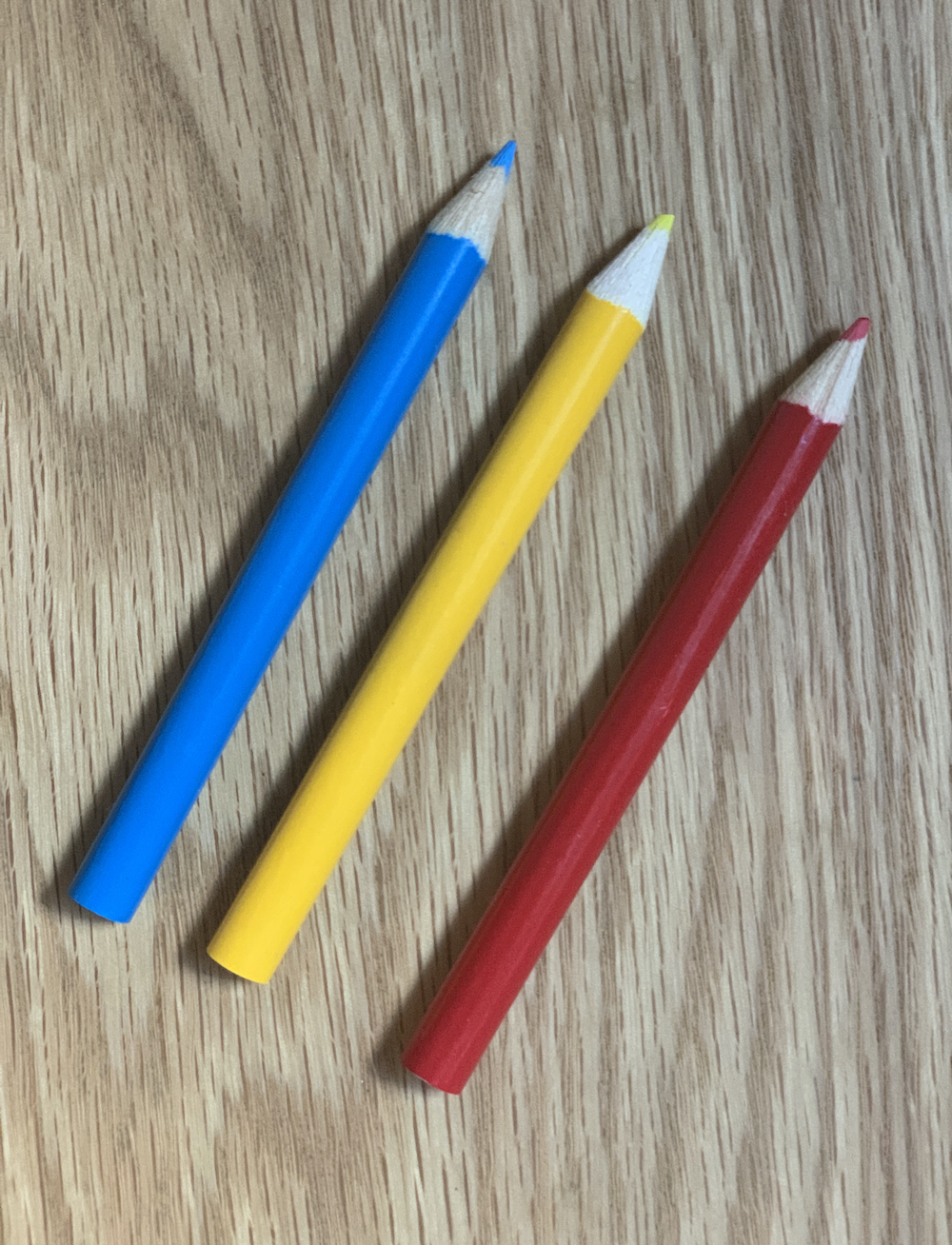 Mai and Trace have some red, yellow, and blue pencils.

How many of each color could they have?

Hint: An odd number can be divided into 2 equal groups with 1 left over.

In this task, students consider a combination of three values, the number of red, yellow, and blue pencils in a group of pencils with a total more than 14 but less than 20. They may engage in a range of mathematical skills as they investigate this task, including counting, addition, considering odd and even numbers, and the comparison of quantities. This task also begins to set some foundational understandings of algebra.

Since all the quantities of pencils are odd, the total of the pencils must also be odd. The possible totals are 15, 17, or 19 pencils. Within each total, there are multiple combinations of pencils that satisfy the parameters of the problem. Students may start with the greatest quantity (red pencils) and adjust the other two quantities accordingly until they have an odd-number quantity of each color. Students may also start with equal groups of each color pencil and add or delete pencils from each group to satisfy the problem. Representing the task in a concrete way with various apps helps young students make sense of the problem and think flexibly about the unknown quantities.

As students work to solve this problem, they will experiment with the quantities of red, yellow, and blue pencils until they have satisfied the criteria for each group of pencils. As they work to adjust the groups, you might ask, How are you deciding how many pencils belong in each group? If students have discovered one solution to the problem, extend their thinking by asking, Is there another combination of pencils that would work? How many combinations can you find?  You might also encourage them to try a different total of pencils and ask, What other totals could you try? Did you find any totals that would not work? Did you notice anything about even or odd numbers? How do even and odd numbers play into what numbers are possible and what numbers are not possible?