The hundreds chart is an amazing tool for counting, skip counting, adding, subtracting, multiplying, exploring patterns, investigating place value, problem solving, and more. The standard hundreds chart – with 10 rows of 10 and starting with 1 in the upper left corner – has been used in elementary classrooms for decades to allow for these very opportunities. In more recent years, charts of different arrangements and numerical sequences have taken hold as tools for additional pattern exploration and complex problem solving. The Math Learning Center is very excited to announce: We now have an app for that!

Because number charts are so valuable in elementary classrooms, the Math Learning Center has developed a new Number Chart App for our collection of free math apps. This app allows you to: 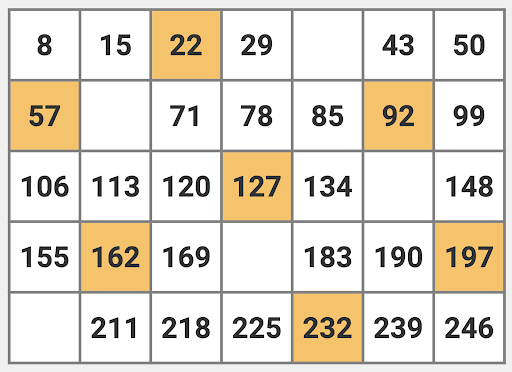 When the app is initially opened, it defaults to the standard hundreds chart with 10 rows of 10, starting with 1 in the upper left corner and proceeding to 100. But the app can also be used to create variations, such as the top-to-bottom hundreds chart originally recommended by Randolph & Jeffers (1974) and more recently promoted by Graham Fletcher: 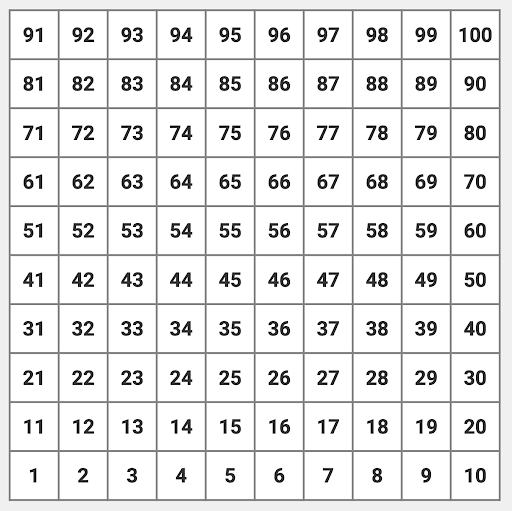 It can be used to create an alternative chart with the numbers 0-99, too. 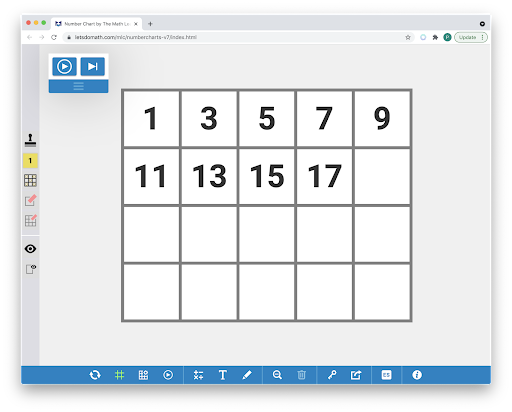 You will find that the Number Chart app is remarkably versatile. It could be used, for example, to create a pattern of fractions, where every whole number is stamped green and the other numbers are stamped yellow: 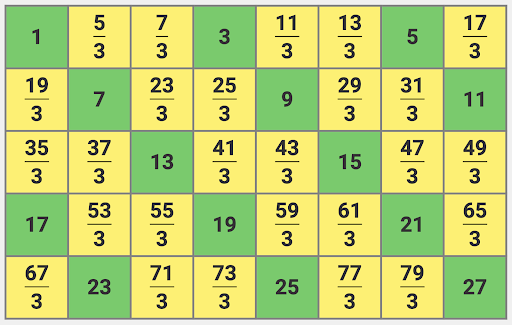 Various number charts are used throughout the Bridges in Mathematics, Second Edition curriculum, especially in Number Corner. In the April Number Corner for Grade 1, for instance, students are asked to count by 2s to 120 on a number chart. The Number Chart App has the ability to demonstrate this pattern by stamping every second number starting with 2: 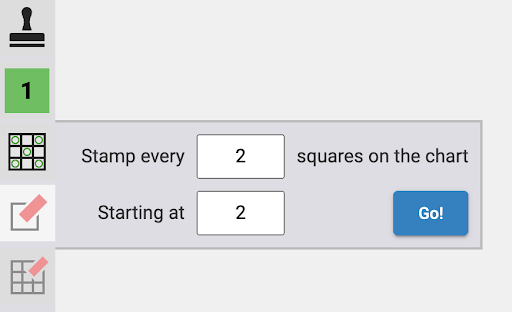 In fact, with a little creativity, you could color every even number with a translucent green stamp and every odd number with a solid blue stamp, and then use the Choral Counting button to display the numbers one at a time: 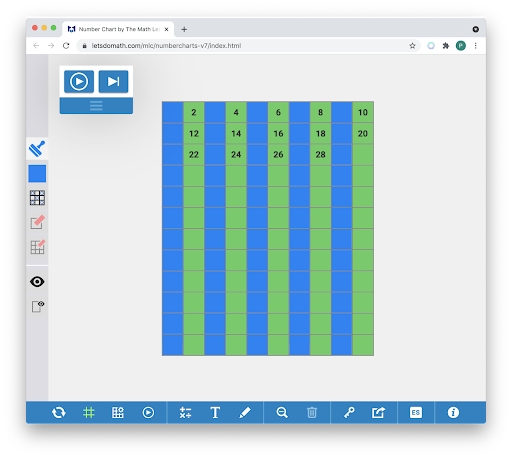 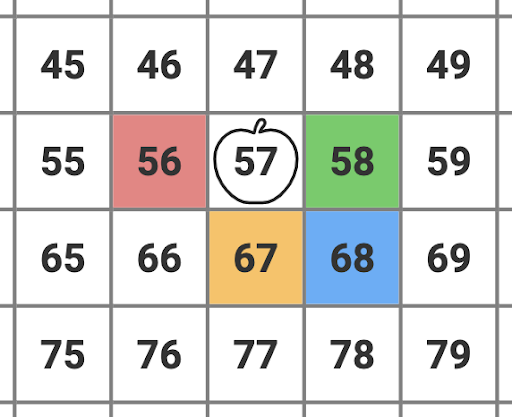 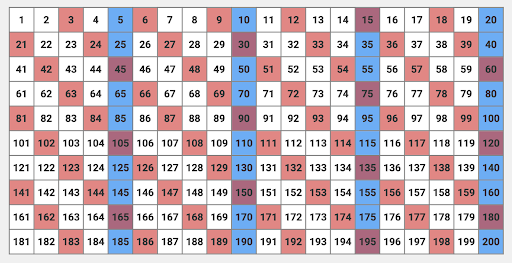 There are myriad ways to take advantage of the new Number Chart App to help your students develop number sense, and we hope you enjoy incorporating it into your instruction. And if you find a novel use for it in your classroom, we’d love to hear about it! Tell us about it in the comments section below.